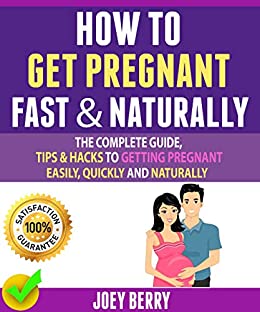 Here are a few interesting tips on how to get pregnant fast. Just check out –

To get ready for periods your body goes through a menstrual cycle. During the second half of your menstrual cycle, ovulation will happen. From one of your ovaries, the egg is released during this time. And the egg needs the sperm to be fertilized. Ovulation is something that will not happen to every woman. And also it doesn’t happen every month.

So, it is always better that you consult a gynecologist and understand better your menstrual cycle. During the ovulation period, some hindrances may also come in the form of endometriosis and also PCOS (polycystic ovarian syndrome). Before any women start their menstrual cycle they ovulate from around 10 to 15 days before the starting of their menstrual cycle in the next month.

When mature eggs are released from the ovary, this is when you should start preparing for ovulation. The egg will then move towards your fallopian tube, and from there it can get fertilized. When the egg is released if at that time the sperm is available in the fallopian tube, then there are the best chances that the egg can be fertilized.

The release of the egg from a woman’s ovaries is called ovulation. Once the egg is released the egg will start its journey towards the fallopian tube and there the fertilization process through the sperm presents starts.

There are top 10 things that help you get pregnant which you should check out.

During the ovulation period, you will notice welter, slippery and more clearer mucus around the line of ovulation. There will also be a small rise in body temperature after ovulation takes place. You can also do the detection of the body temperature with the thermometer.

Once you have identified the ovulation period and had intercourse at the right time, the sperm will wait for the egg and join with it to form an embryo. And this should be the right time for you to get pregnant. And if after ovulation you are not pregnant within 48 hours, then the egg moves around the fallopian tubes.

It then gets disintegrated and is absorbed back into the body. Corpus luteum is survived and then it will continue to produce progesterone for around 12 to 14 days. Before menstruation starts again it is usually 14 days after ovulation in which few women will have an average cycle. There is only a short period of time in which you can get pregnant. I.e. 12 hours to max 48 hours during and after ovulation. Once the ovulation period is over you cannot get pregnant.

So, after ovulation as mentioned above the progesterone process will start and if you don’t get pregnant then you are likely to start your period again. So, you should be prepared for it mentally.

Preparing for Next Period –

The egg will move in the fallopian tube after 48 hours of the ovulation period. It will also be disintegrated and will move back into the body. Corpus luteum is survived and progesterone is produced continuously for around 12 to 14 days. After this process, it will die.

Progesterone level will drop in the endometrium will start responding in the body by turning off its arteries, it will prevent the blood from flowing to and from the surface of the uterus lining.

The blood is already there in the lining and goes down in the womb. And due to the deprivation of oxygen the blood dies and moves to the vagina, so the menstruation will occur and the cycle will start again.

Despite trying hard for a baby if you are not successful, there is no need for you to be upset or discouraged. You can wait for the next ovulation period to begin after your next period and repeat the same process. There are ways in which you can also test whether you are in ovulation or not.